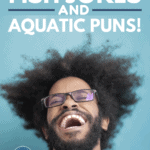 Is there some-fin fishy about your sense of humor? Then you’ll love this collection of hilarious fish jokes and clever fish puns! We’ve got aquarium puns for all occasions, from birthdays to holidays. We’re not going to let you off the hook, so take the bait and get schooled on the best (and worst) aquatic jokes around!

98 Silly Fish Puns for Everyone Occasion! 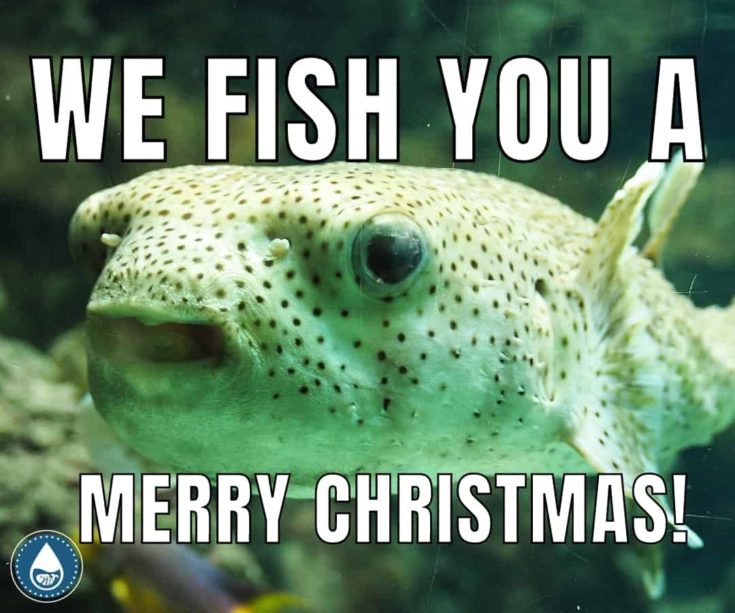 Some believe that puns are the lowest form of humor. Act-shoal-ly, playing with commonly-used terms and crafting joke words-within-words is a sign of great intelligence. If you love funny fish puns, you’ll find these insults and one-liners hys-tetra-ical!

2. All I sea are Bass-icaly Cod awful puns!

4. Anyone else want to Plaice a Bait?

6. Are you trying to Gill-t me into thinking of a better pun?

7. Best Fishes on your birthday! 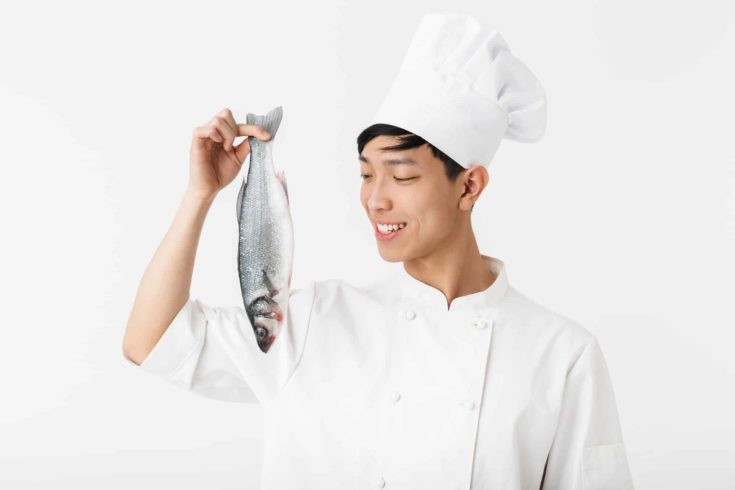 8. Can you do any Betta than this?

10. Cod I borrow something from you?

15. Create your own fish puns; don’t leave it to salmon else! 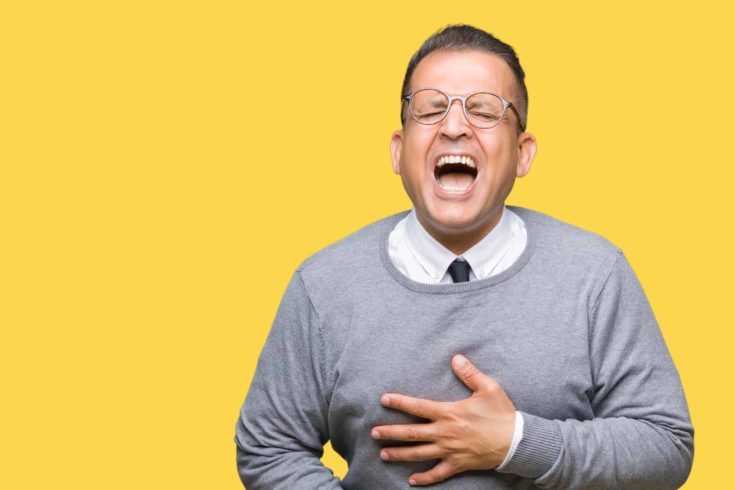 18. Vocalists aren’t allowed to work at fish markets because they  may sing off scale

21. Fish better have my money!

23. Have you thought of a fish pun yet, or do you need some time to Mullet over?

24. Have you thought of the solution yet or do you need some time to Mullet over? 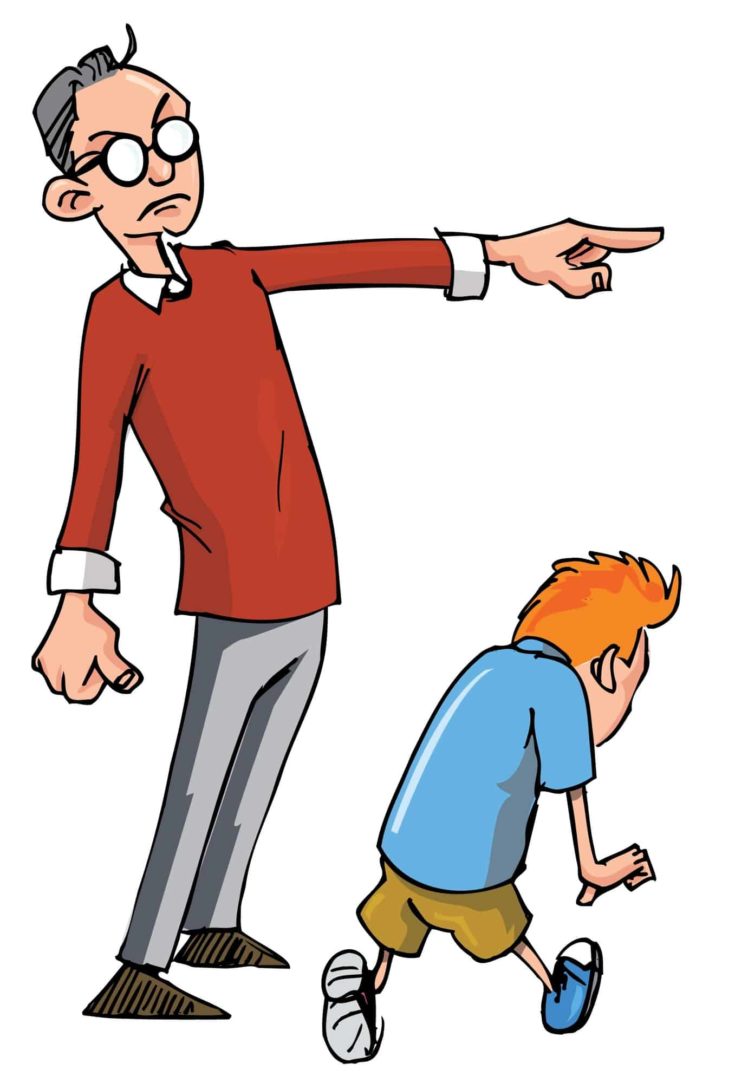 26. Holy Carp! We’re only halfway through the week!

27. Holy Shrimp! This Scampi happening, can it?

30. I really believe that to the bottom of my Sole

33. I Trout you, Buoys and Gills would Mako it on Comedy Central! 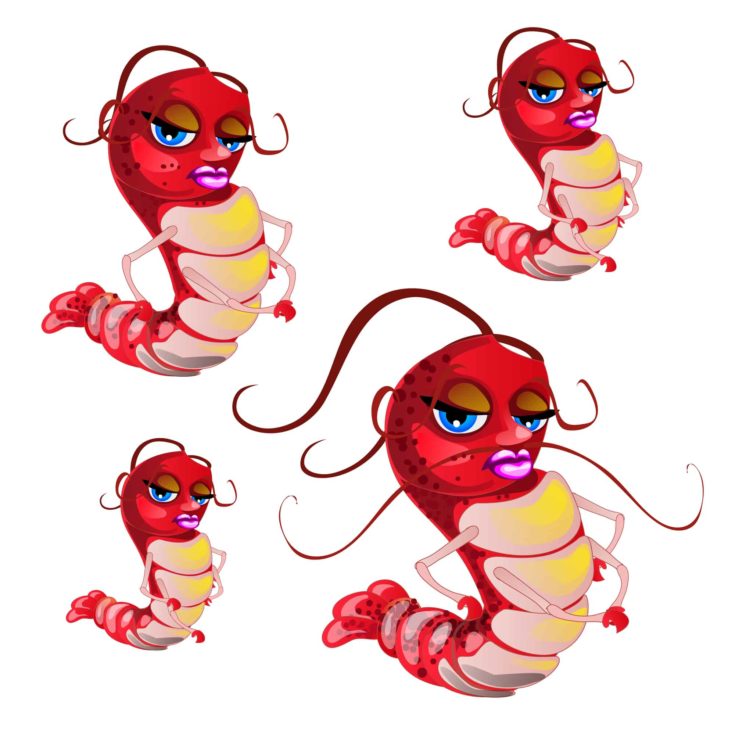 35. I wouldn’t be Cod dead participating in this list of puns

37. I wouldn’t be Cod dead wearing that!

38. I’ll Bait that fish can’t swim on for much longer!

39. I’ll Bait these puns can’t go on for much longer

41. I’m stuck between a rock and a hard Plaice now!

42. I’m waiting for someone else to Mussel in on this game

43. I’ve Haddock with these shenanigans!

45. If you keep pestering me I’m going to get a Haddock

46. It doesn’t get any Betta than this 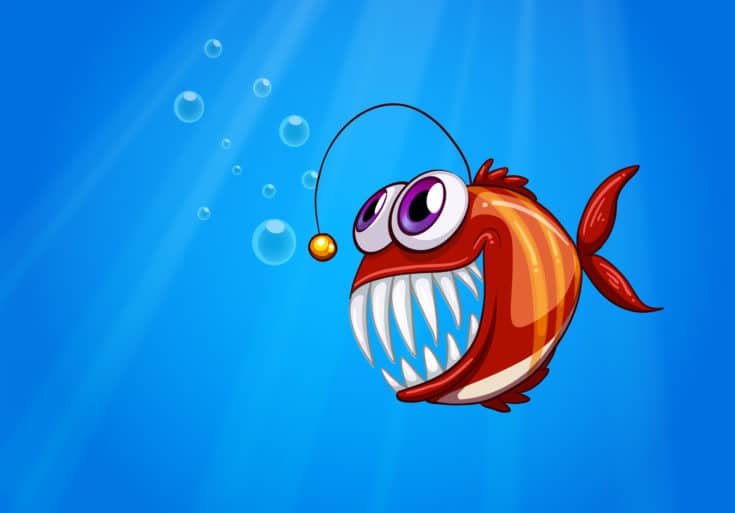 48. Keep your friends close and your Anemones closer

49. Dress like you’re going to sea your worst Anemone!

50. Let Minnow if you have any suggestions

52. Most fish will tell you they like their drinks cold, and their Bait a little Worm-er

53. My dad was a fisherman, but he quit because his net income wasn’t enough

54. My dad was a fisherman, but he quit because he couldn’t scale up his net income

60. Some people don’t like fish puns, but these are Kraken me up! 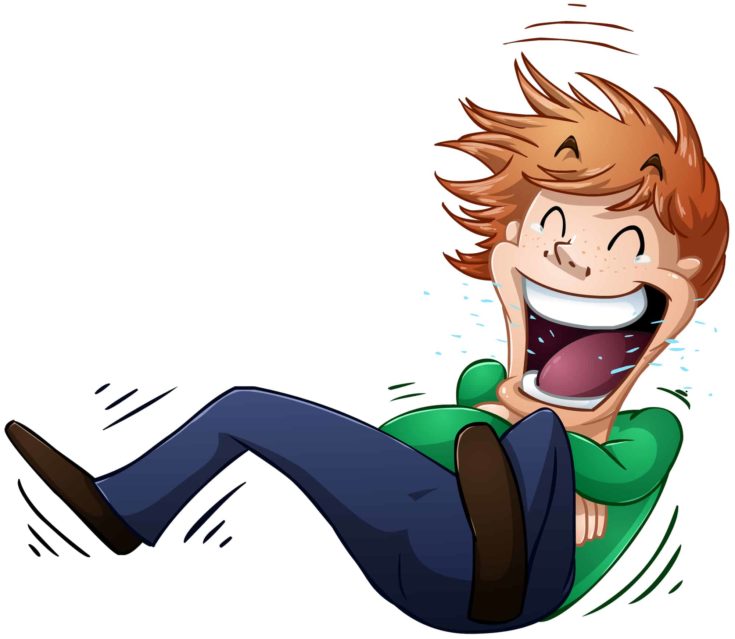 62. Sorry, my attempt at a joke was a pile of Carp

63. Stop being so Koi about it

64. Stop Carping on; you’re giving me a Haddock

69. The way they handled that is a-Trout-cious

70. They always Mussel in on what everyone else is doing

71. They have very so-Fish-ticated tastes

72. This is a big issue a-Monk fishermen 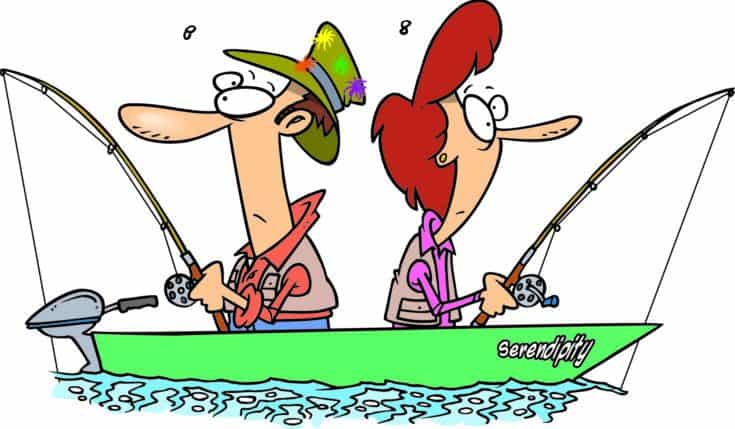 73. This is going to get a-Trout-cious really quick!

74. This is neither the time nor the Plaice to deal with this

75. Did he win, Plaice or show in the swimming contest?

76. This is the first time I’m Herring about the issue

77. There isn’t a consensus a-Monk the group

79. We Fish you a Merry Christmas!

80. We should Dolphin-itely scale back on the fish puns

82. We Whaley need to turn this car around

83. We’re just hoping to avoid Turtle disaster at this point

86. Stuck between a rock and a hard Plaice! 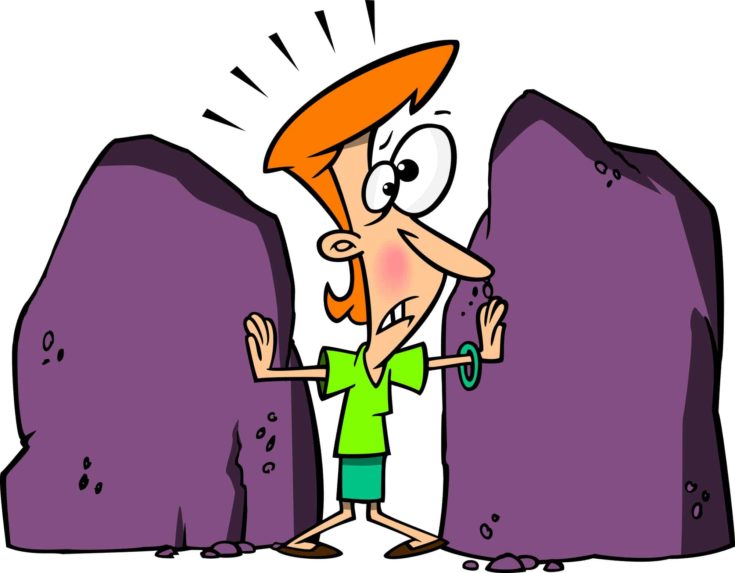 89. What is this aquarium website we’ve been Herring all about?

90. Who will be the Sole survivor?

93. You don’t have to be a brain Sturgeon to come up with fish puns

94. You don’t have to be a brain Sturgeon to figure it out

95. You should make him walk the Plankton for that!

96. You’re clearly a Dab hand at this

15 Fish Jokes and Memes For Kids 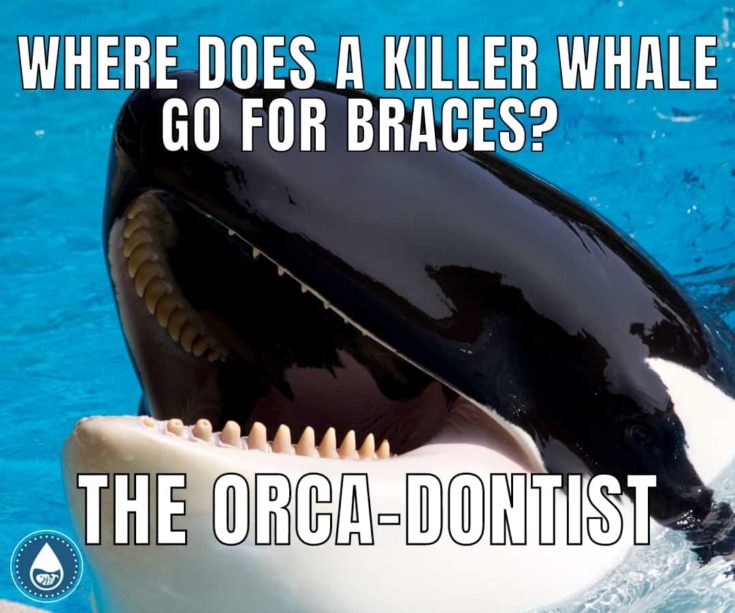 Some jokes are a bit so-fish-ticated for the younger fry, but you won’t get caught in a net of trouble when you share these jokes in school!

99. Q: What does a fish wrap around its shoulders to keep warm?

A: A barracuda on vacation

A: A pilot whale!

A: The bass, but some play just the bass drum 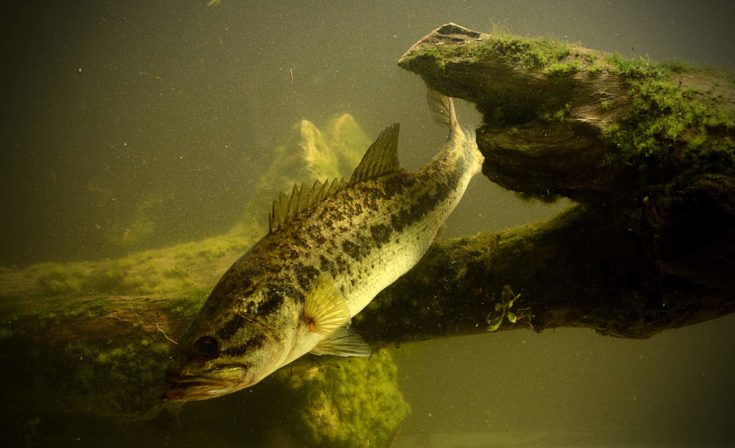 105. Q: Which fish can perform operations?

A: Because they live in schools!

A: Because it was below sea level

108. Q: Why didn’t the Peppermint shrimp share her toys?

A: She was too shellfish 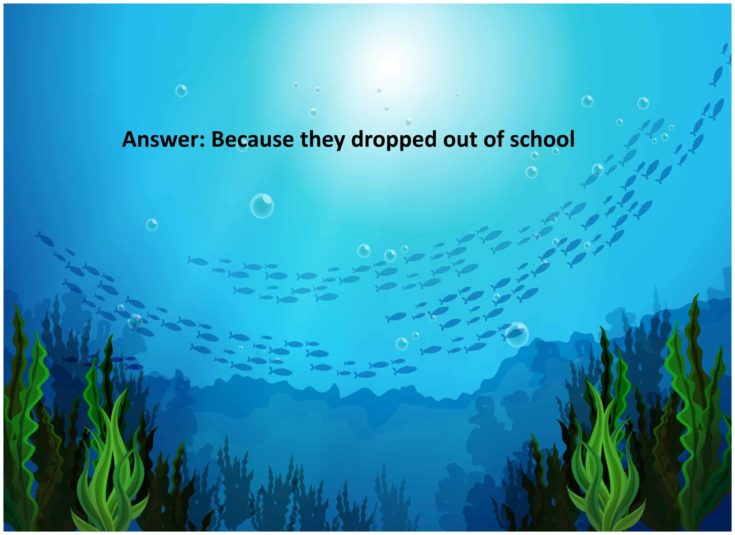 110. Q: Did you hear about the illiterate fisherman?

A: Because they have their own scales

A: Because she was a Blue whale

113. Q: Why will the fish never take responsibility?

15 Salmon Puns to Make You Pink With Envy 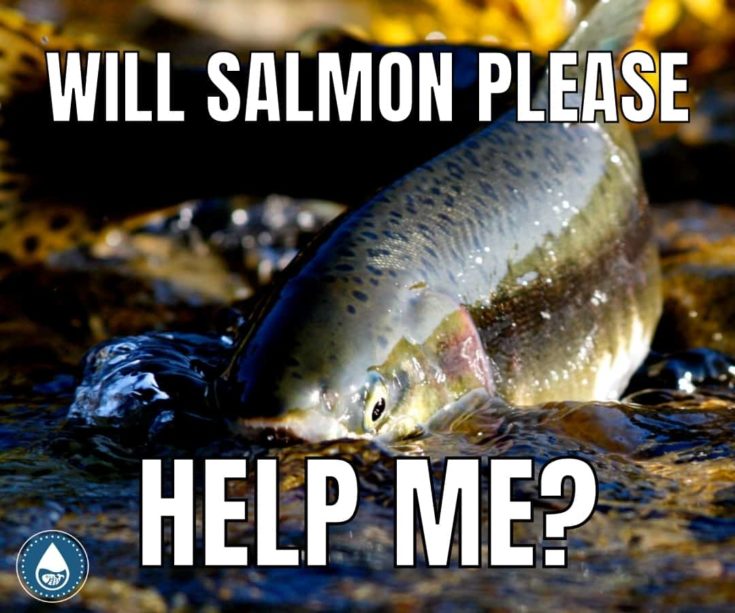 Salmon is a funny word on it’s own, since it’s pronunciation is totally different from the way it’s spelled. Just swap the word “salmon” with someone, sermon or a similar-sounding S-word and the funny fish puns practically write themselves!

114. A good salmon helps you to grow spiritually with God

115. Earlier, he was into salmon business

116. He salmoned a spirit from the underworld

118. Life is weird. Better to take part in salmon

119. Most of the aged person prefer to spend their extra time at the salmon

120. Please salmon the Duke, I have an urgent message!

122. The salmon is good for the healthy soul

125. You deserve the best salmon award for your work

126. You look smart in that salmon

127. You have good salmon skills. And, you know it already 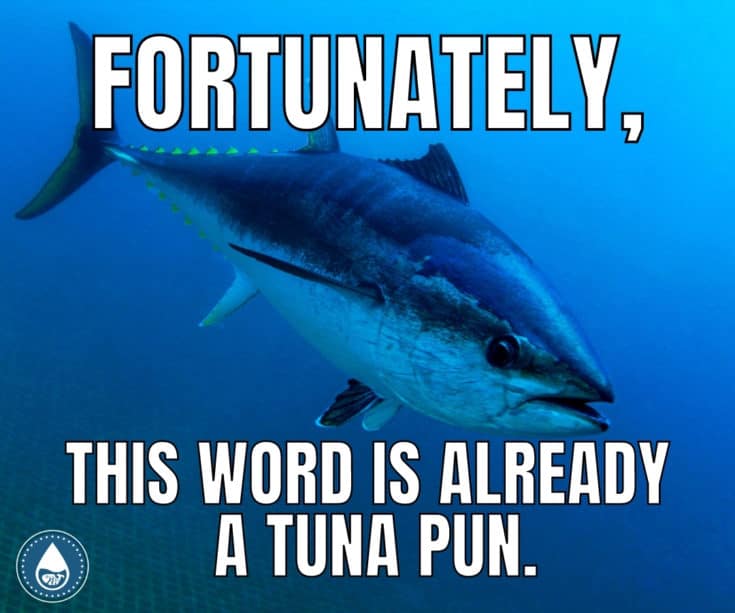 Tuna puns abound in the world of aquatic humor. They simply seem to tuna-up constantly, even when you’re not trying to catch them. You’ll roe the day you started reading this list!

129. Fortunately, this word is already a tuna pun

130. Free Tunaversity tuition would be economically and morally beneficial

131. I believe in tunaversal rights for an animal to own its body

133. I’m a physics grad working on tunafication of fundamental forces

134. I’m tunaciously holding on to every bit of pride I have

135. The cartunaist was only slightly ashamed of his laboured puns

138. The sonata has a beautiful variation in tunality

139. The tunaverse is truly an incredible place

140. To prevent vibration, a tunaformly distributed load is important

142. “We’ve got one opportunaty, let’s make it count” and “Luck is often a combination of preparation and opportunaty”

143. Where are the pegs? Is this guitar even tunable?

25 More Fish Jokes to Make You Bubble With Laughter 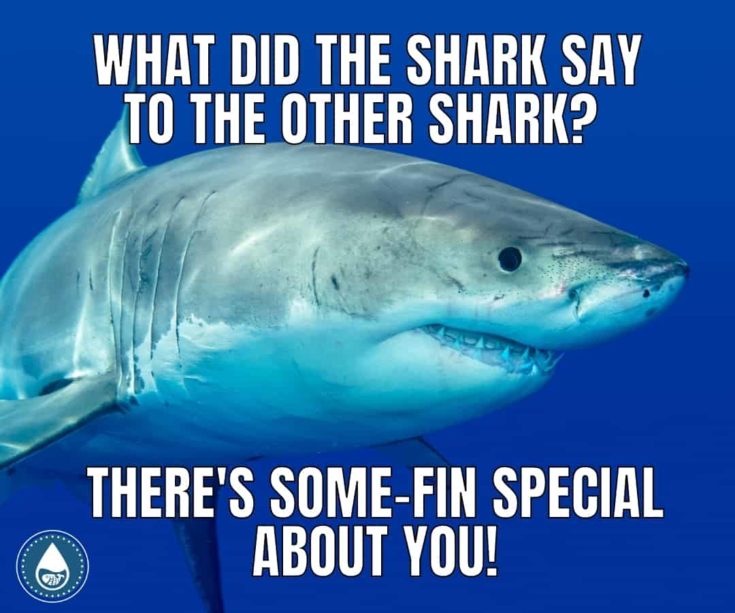 If you’ve taken the bait and are still looking to whale-away some time, here’s 25 fishy jokes worthy of the inter-net!

A: Because seamen discovered them

145. Q: Did you hear about the fight in that Seafood restaurant?

A: Four fish were battered!

146. Q: Why don’t monkfish have girlfriends?

A: Chop of its nose

A: Take out the G and Fish!

A: Adjust their scales

A: They listen to the Current news 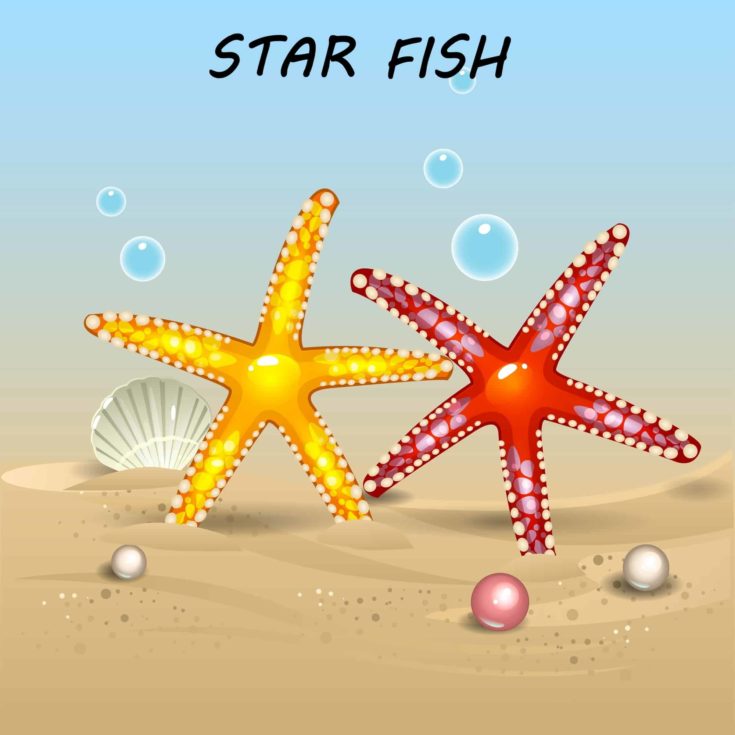 153. Q: What did the fish say to his girlfriend when they split up?

A: I’m outta this plaice!

A: You plaice or mine?

A: There’s some-fin special about you!

A: A loan shark

158. Q: What’s the difference between a lawyer and a fish?

A: One is a scum-sucking scavenger; the other is just a fish

A: To see a sturgeon 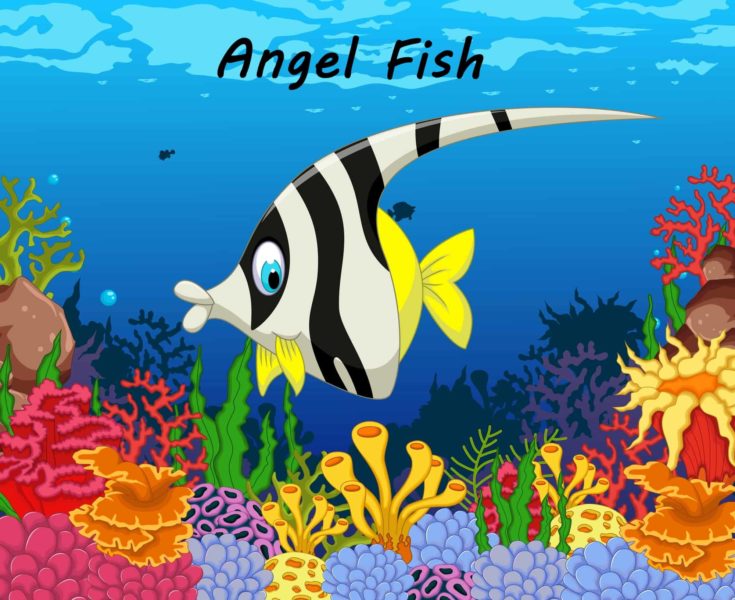 A: Because he saw the boat’s bottom

A: Because he was being too shellfish

A: Because it looked too fishy

A: Because he was talking on his shell phone

A: Because it will see her through the week

A: Because pepper water makes them sneeze!

A: They’re scared of nets!

5 Corny Fish Jokes to Batter Your Friends With 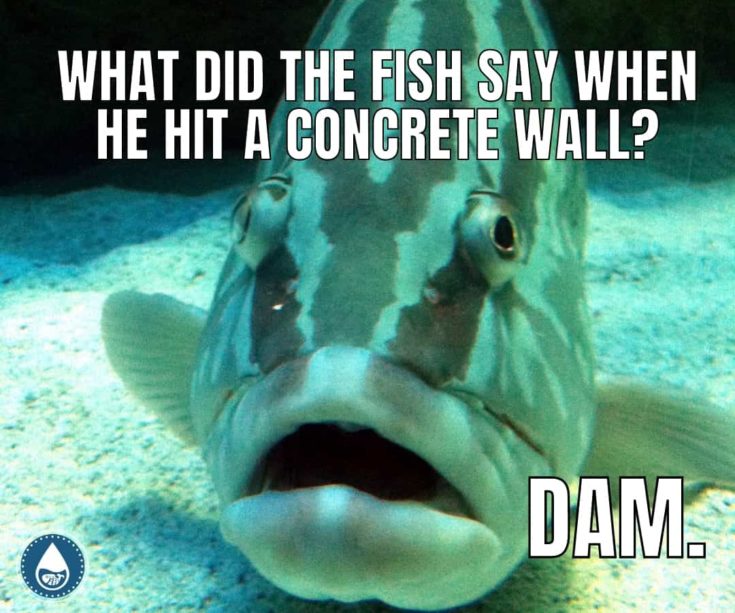 There really are an endless number of possibilities when it comes to bad fish-and-chips jokes, and the following are sure to make you laugh and groan at the same time.

A: There’s something fishy going on here!

Don’t flounder around or sell your sole to find funny fish jokes and puns! Whether you’re looking for a specific type of fish-based insult or want to salmon all the possibilities, our list has you covered! Did you enjoy these jokes and puns? Share your own creations in the comments below, or join the school on social media!

Check out our article for Funny, Cute And Clever Goldfish Names!