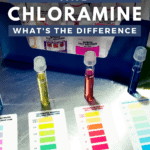 Most aquarists know that you must carry out partial water changes each week or so to remove toxic ammonia, nitrites, and nitrate from the tank to keep the environment healthy and safe for your fish.

In the past, all tap water traditionally contained chlorine, which is highly toxic to fish. To remove chlorine, you simply add a suitable treatment. But did you know that most tap water now contains a chemical called chloramine? So, what is chloramine? In this comprehensive guide, we discuss vs. chloramine and explain the crucial difference between them that all fish keepers must know.

Uses Of Chlorine And Chloramine 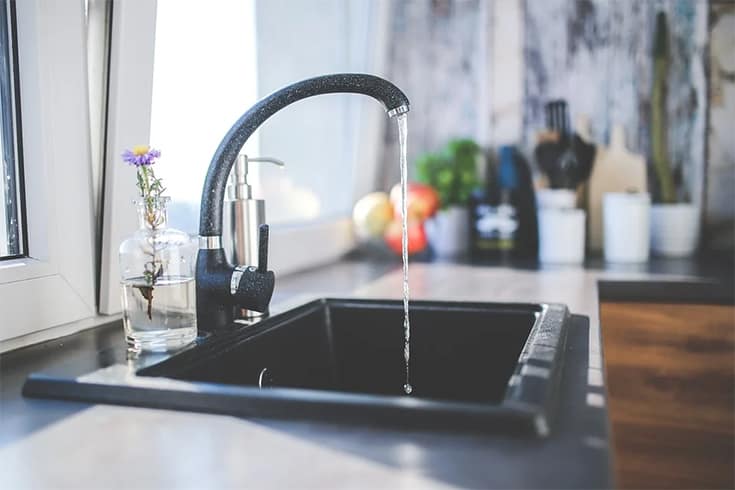 Under the Safe Drinking Water Act (SDWA) of 1974, the Environmental Protection Agency drew up quality standards for all public supplies across the United States. Those regulations demand that all municipal supplies are chemically treated to ensure that they are free from bacteria and other possible contaminants, rendering the water safe for public consumption and use.

For many years, chlorine was the preferred chemical disinfectant that water companies used to treat water. However, most public treatment plants have now switched to using chloramine instead.

To further complicate matters, most city water treatment companies do not treat the supply continuously. Coliform levels are monitored, and when a certain threshold is crossed, the system is effectively nuked with chemicals. Consequently, on some days the levels of chlorine and chloramine in the water will be very low, whereas, on other days, levels will be much higher. Generally, chlorine/chloramine levels in tap water vary between 0.5 and 2.0 ppm (parts per million.)

Chlorine gas is dissolved in tap water to kill harmful bacteria that may get into the municipal supply pipework. Water that contains chlorine can be made safe for fish tank use, simply by allowing the liquid to stand for a day or so, and agitating it occasionally. The dissolved chlorine returns to gaseous form and evaporates, leaving the water free from chemicals and safe for your fish tank. 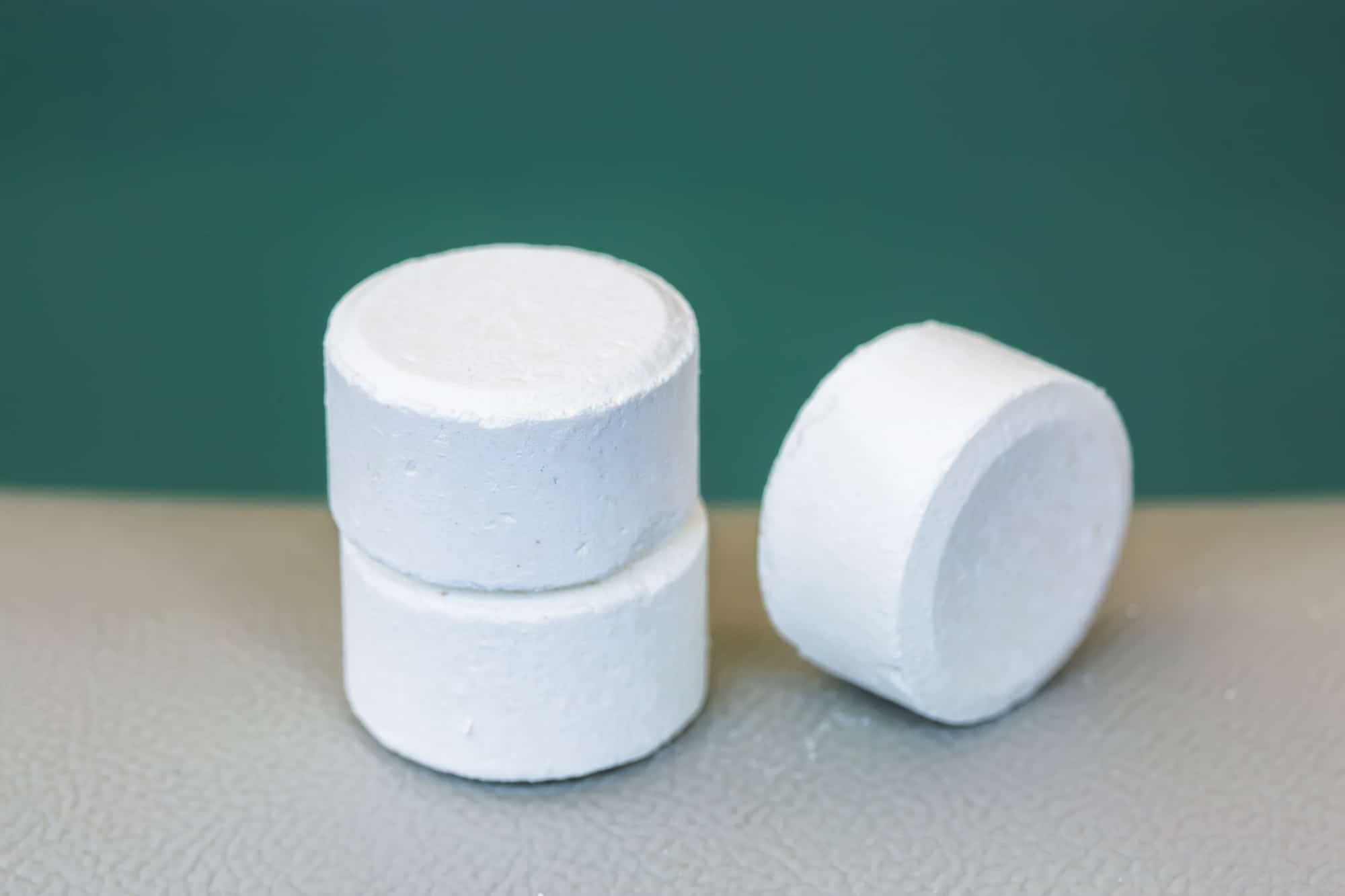 That’s the method I used when I first got into fishkeeping back in the 80s. Chloramine, however, is a totally different animal.

Chloramine or monochlorine is used by water treatment companies because it is not as prone to evaporation as chlorine and is essentially a more stable and reliable chemical. However, chloramine contains both chlorine and ammonia, which is highly toxic to fish. The bad news for aquarium owners is that the traditional “stand and stir” method of eliminating chlorine toxicity doesn’t work with water that contains chloramine.

Adverse Effects Of Chlorine And Chloramine

Now, although you may not notice any difference to your tap water, chlorine and chloramine can have devastating consequences for your fish if you’re not aware of the dangers the chemicals present to your pets.

Even at relatively low levels, chlorine causes chemical burns to fish and invertebrates, affecting their gills and internal organs.

Fish suffering from chlorine poisoning become highly stressed because of the continual pain caused by the burning. Some victims develop redness (hyperemia) on parts of the body, gasp at the surface as they struggle to breathe through inflamed gills, and swim erratically because of neurological damage caused by the chemicals. 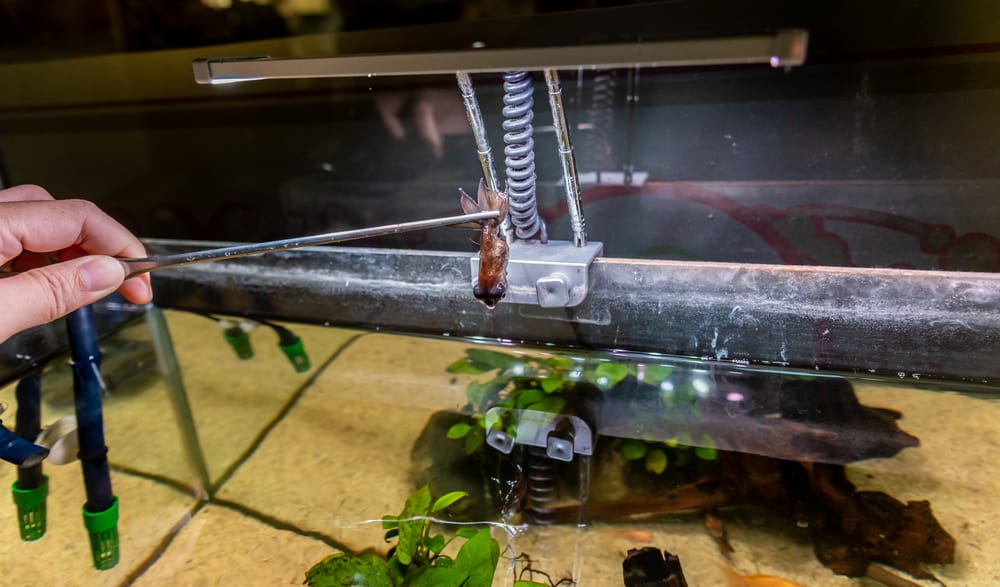 If levels of chlorine or chloramine in the tank are high, the fish get sick and die very quickly, often in a matter of hours. Usually, smaller fish species are more susceptible than larger ones.

Causes Of Chlorine And Chloramine Poisoning

Chlorine poisoning usually happens when inexperienced hobbyists fail to treat tap water before adding it to their aquarium during routine tank cleaning and maintenance. Sometimes, pond fish are poisoned when a homeowner tops up his fish pond and then forgets to turn off his garden hose. Excessive amounts of untreated water get into the pond, and the fish die.

Did you know that using sponges, filters, and nets that have been exposed to tap water can introduce harmful levels of chlorine and chloramine into your fish tank? That’s why you should always rinse these items in seasoned tank water before use, not tap water.

Do You Have Chlorine Or Chloramine In Your Water?

The easiest way to find out if your tap water contains chlorine or chloramine is to call your water supply company and ask them what they use to treat the domestic supplies in your area. Water companies are legally bound to give you information regarding the composition of your water. However, chemical additives and water sources can change throughout the year, in line with seasonal and environmental factors. 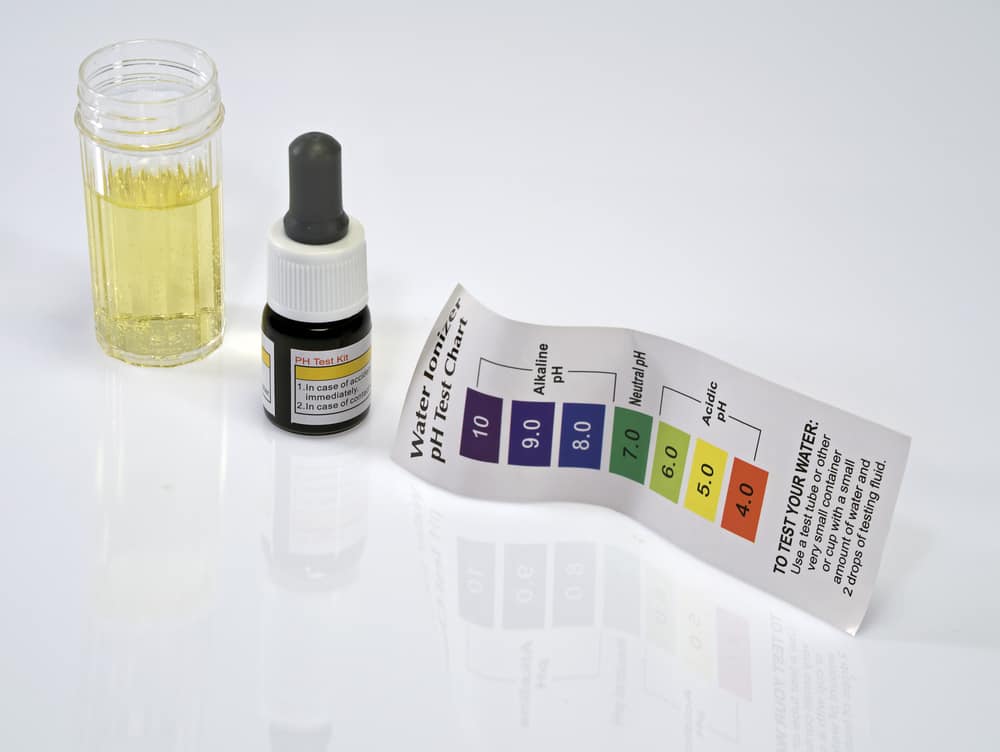 Alternatively, you can test your tap water by using a test kit that identifies the presence of both chlorine and chloramine. If you have a standard ammonia testing kit, you can use that to test your tap water. If chloramine is present, the supply will most likely test positive for ammonia. Once you know what’s in the water, you can choose an appropriate aquarium treatment product.

There a variety of ways of removing chloramine:

The most effective and simplest way of getting rid of chlorine and chloramine from tap water is by using a chemical water conditioner. There’s a wide range of these products that you’ll find on the shelves of your local fish or pet store. However, not all water conditioners are formulated to tackle chloramine, so do read the labeling carefully before you buy one.

Water conditioners contain sodium thiosulfate that reacts with chlorine, turning it into harmless chloride ions and rendering the tap water instantly safe for use in your aquarium. However, if the water contains chloramine, although the chlorine is removed from the water, the ammonia part of the chemical is left behind, so the water is still toxic to your fish. So, always make sure that the product you choose tackles chloramine as well as chlorine.

If chloramine is a problem in your area’s tap water, you can have a special unit installed in your home as part of a dechlorination system. UV light can safely destroy chlorine and chloramine in water without the need for more chemicals. 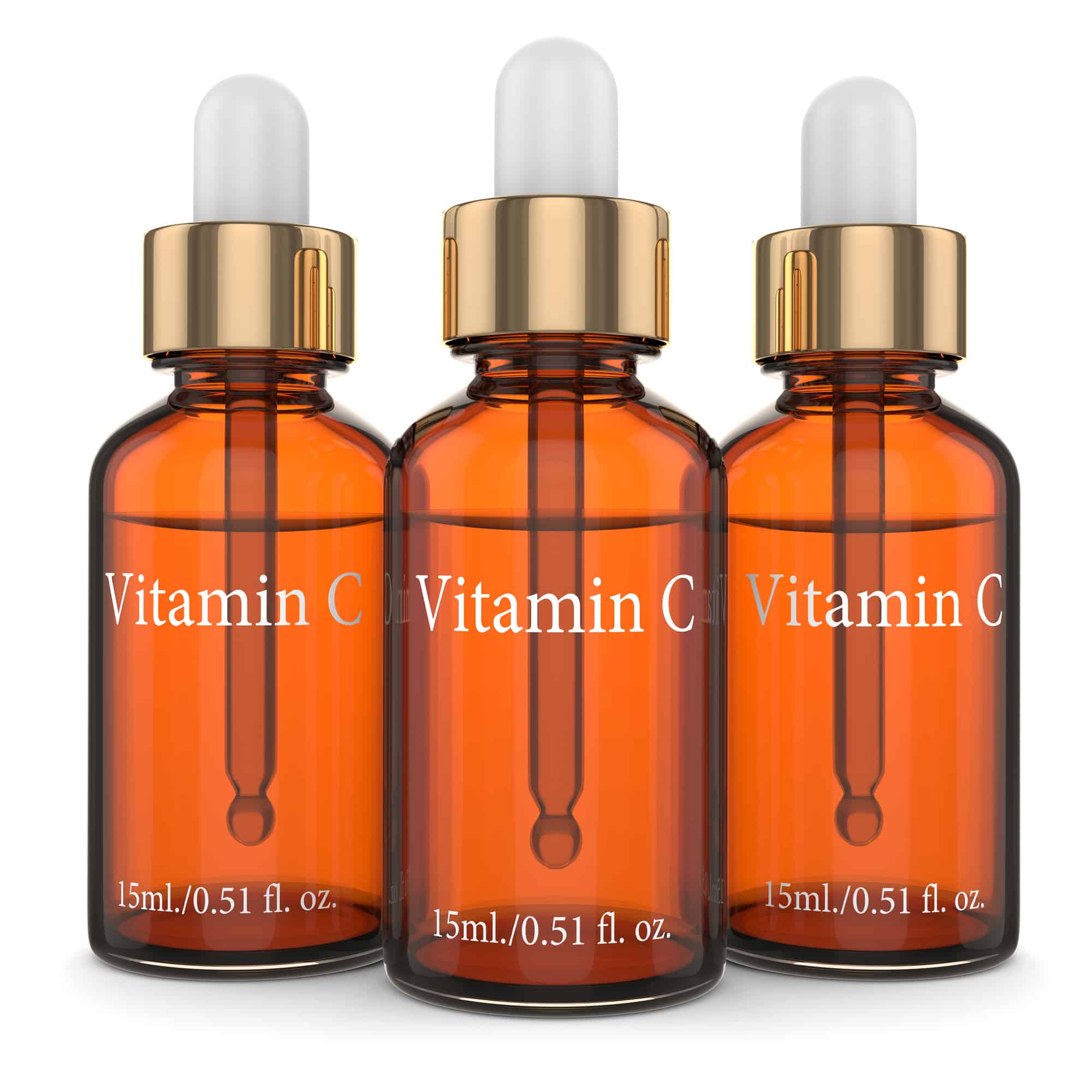 According to the U.S. Department of Agriculture Forest Service, two forms of vitamin C, ascorbic acid and sodium ascorbate are very effective chemical methods of neutralizing chlorine, and neither are harmful to aquatic life.

Both forms of vitamin C are stable and have a shelf-life of up to one year if stored correctly. That said, once diluted in water, both chemicals disappear within a day or two.

Activated carbon can be useful in removing chlorine and chloramine from water thanks to a catalytic reduction reaction. That chemical reaction uses the transfer of electrons from the activated carbon to the chlorine, reducing the chlorine to a harmless, non-oxidative chloride ion. However, even if you have an activated carbon component in your aquarium filter media, you should still treat any fresh tap water prior to adding it to your tank.

To remove chloramine and chlorine from tap water, simply add one Campden tablet per 20 gallons of water, allow it to rest for 20 minutes, and that’s the job done! 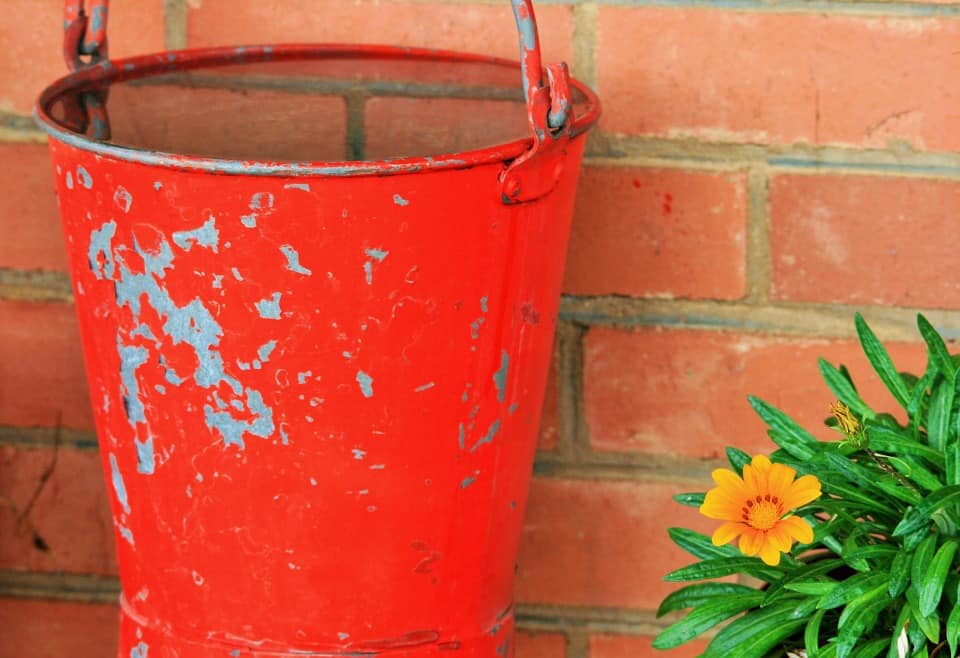 If your water contains only chlorine, you can adopt the old-fashioned “stand and stir” method of dechlorination.

Simply fill a bucket with tap water, and leave it to stand for 24 hours, preferably outside. During that time, stir the water vigorously. That action helps to agitate the unstable, dissolved chlorine gas in the water so that it evaporates, leaving you with a bucket of fish-safe water.

However, that method doesn’t work with chloramine because it is a more stable chemical.

If chloramine levels are very high in your area and the taste of your tap water is unpleasant, you may want to invest in a home carbon filter system. These systems are fitted to showerheads and faucets and work by removing the chlorine in the chloramine molecule, and then getting rid of the residual ammonia via a cation filter or through reverse osmosis.

Although sink water filters are available, the best way to go is to have a whole house filtration installed, but that can cost up to $15,000, and maintenance costs are typically around $1,200 every year. 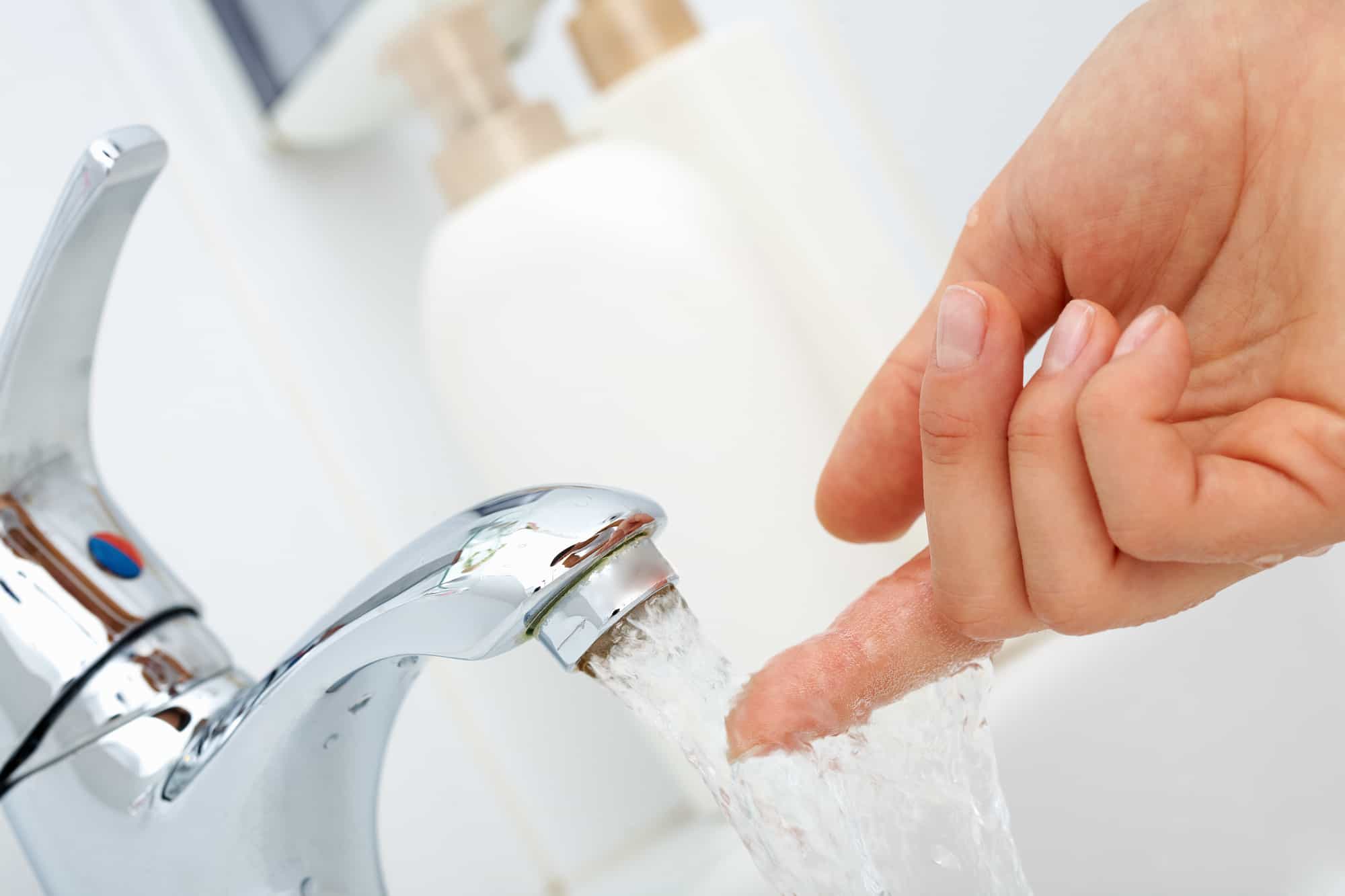 Chlorine and chloramine used to disinfect tap water for human consumption can be lethal for fish. So, you must treat tap water before adding it to your aquarium during weekly partial water changes.

Before treating the water, check with your local municipal water company or test the tap water yourself by using a chlorine test kit to establish whether your water supply contains chlorine or chloramine, as some dechlorination products don’t work on chloramine. Double-check the product label on the water conditioner to make sure that the one you choose is suitable for your situation.